Get the latest updates, news and product offers via email

Do you want to benefit from cheap prices and quantity discounts on all Segafredo coffee? Order now, the choice is all yours. Koffiezone has a wide range of Segafredo coffee beans, coffee pads and ground coffee. Enjoying your coffee starts here. Segafredo
Selezione Crema beans 1kg
A diversity of scents such as vanilla, nuts, mocha and sweet fruits together with flavour accents of dark cocoa and a hint of liquorice. This blend is characterised by a medium body and a low degree of rancidity.
€10,99€9,99
-9% Segafredo
Intermezzo beans 1kg
These coffee beans are a blend of Arabica and Robusta beans from Brazil, Costa Rica and Ivory Coast. A variety of aromas such as vanilla, nuts, caramel and a hint of orange are among the light crema of this blend.
€7,99€7,65
-6% 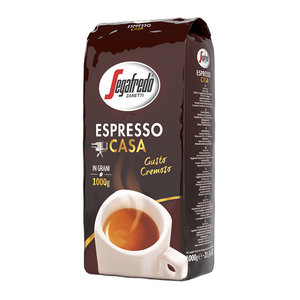 Segafredo
Espresso Casa beans 1kg
The higher amount of Robusta increases the caffeine content and creates the creamy foam characteristic of Italian espresso. Specially made to mimic the aroma and texture of espresso prepared in a home cafe.
€8,99€8,49
-8% 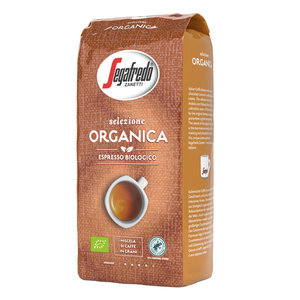 Segafredo
Organica bonen 1kg Rainforest Certified
This blend from Segafredo is ideally suited for both espresso and lungo coffee. The blend of Arabica and Robusta Beans give a smooth but powerful taste. Organically grown.
€14,69€13,49 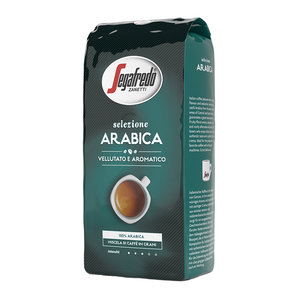 Segafredo
Segafredo 100% Arabica beans 1kg
This blend is characterised by citrus notes in the aftertaste. A full aroma with notes of nuts and cocoa. A composition for espresso lovers with an authentic taste and a perfect light-brown crema.
€10,99 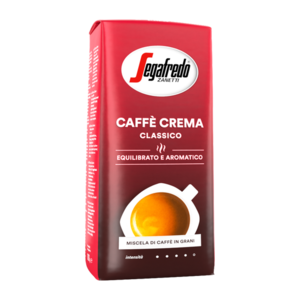 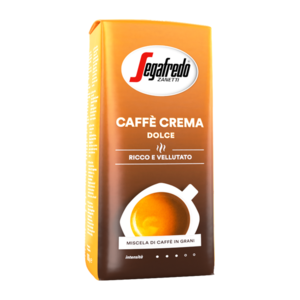 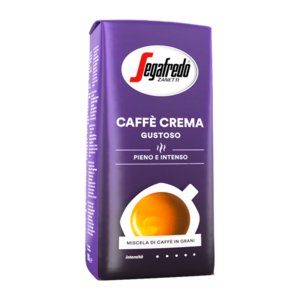 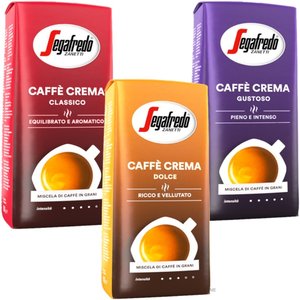 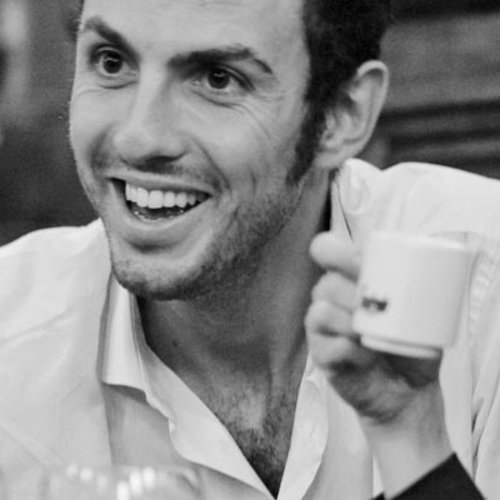 Since its foundation in 1973, Massimo Zanetti has led his company Segafredo to a truly amazing development. As the son and grandson of coffee traders, he was practically born into the world of coffee and his life's path seemed predestined. Yet it was by no means a foregone conclusion that, with great perseverance and creativity, he would turn the traditional Segafredo roastery, which he took over in 1973 at the age of 25, into an internationally successful enterprise. Today Segafredo Zanetti is one of the five biggest coffee and espresso brands in the world.

Segafredo - Coffee for the world
For Massimo Zanetti, espresso is the real Italian coffee. However, from a global perspective, he sees it as a speciality, perhaps even an Italian peculiarity, for which only Italians could invent their own machine. By contrast, more than two thirds of the coffee sold by Segafredo Zanetti is drunk as filter coffee. And Segafredo does more than 90% of its business outside Italy. For Massimo Zanetti, that's perfectly fine. Everywhere, Segafredo Zanetti produces coffee as coffee drinkers appreciate it. The company is present in Europe, the US, New Zealand and Asia with several brands. Massimo Zanetti's philosophy is based on the Italian way of life and espresso. But he is not a dogmatist and he takes pleasure in offering every Frahling lover exactly the pleasure he is looking for. This is the only way he can continually open up new markets for Segafredo Zanetti.... and inspire so many people on all continents.

Quality brings success
This strategy has enabled Massimo Zanetti to create one of the most important and successful companies in the coffee sector in just over 40 years. A few facts illustrate this:

Segafredo Zanetti Beverages Group employs more than 2,000 people.
The company sells 3.5 million bags of coffee a year.
More than 70,000 catering customers regularly serve Segafredo coffee and espresso.
Segafredo produces about 50% of the Arabica beans produced in the US.
The company owns several plantations, including the largest continuous coffee plantation in the world in Brazil and the largest and most efficient coffee plantation in the US in Hawaii.